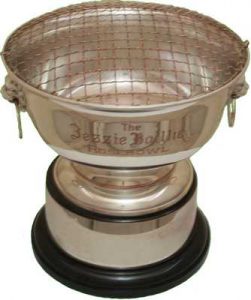 Jessie Baillie was already a ‘made’ Curler and one of the more senior members when the club was formed. Her family were well known in curling circles and her daughter and daughter-in-law were also members.

In 1983 Jessie Baillie donated a Trophy for a new competition for leads and seconds. The purpose of this competition was to help less experienced players gain confidence in the head.

Jessie agreed that her trophy should be awarded to the highest up lead or second in the club points competition. In 1996, the club decided that the trophy should not be won by the same person more than 3 times.