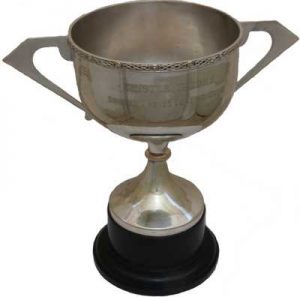 The Thistle Hotel in the centre of Milnathort was a well-known hostelry owned and run by Mr. David Mitchell.

Although not a curler himself, he was a great supporter of both Orwell and Orwell Ladies curling clubs. The Thistle was a venue regularly used for curling dinners and courts as well as AGMs and other meetings.

In recognition of their patronage, Mr Mitchell presented the club with the Thistle Cup in 1981.

Initially, the teams were divided into 2 leagues, with the winners of each league playing each other in a final. This was changed to a single league in 1988.