The annual KCT Over 40’s weekend took place from Friday 11th to Sunday 13th January. 16 teams took part  in 2 groups of 8. The first 3 games were played on a schenkel system then the top 2 teams went forward to the high road, the next 2 to the low road, and the remaining 4 to the Bonspiel Challenge.

Team Dixon came 3rd in their group and met Team Scougal who came 4th in the other group in a low road semi-final. Very tight game, but a great final stone from Robin gave them the game and they went on to play the Musketeers, Team Chalmers in the final. They played really well but lost 5 – 3.

The Saturday evening was a buffet supper and karaoke. Taking part was not optional! It was certainly not tuneful but it was very entertaining and everyone had a great evening. 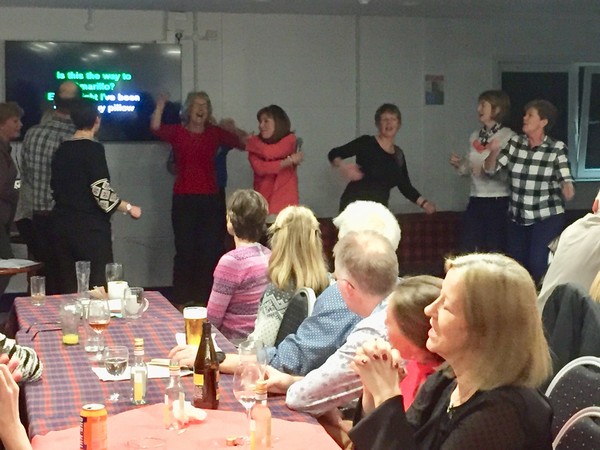 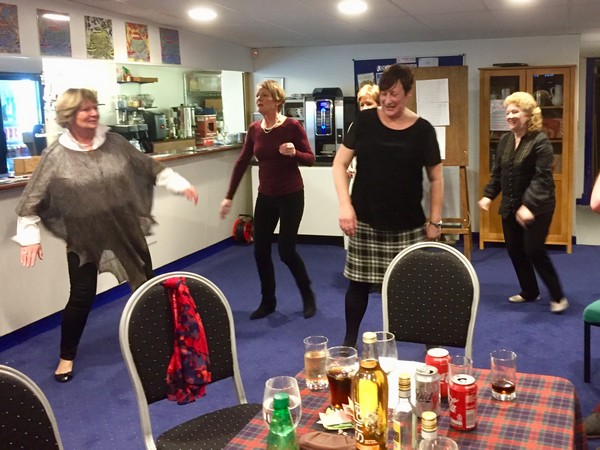 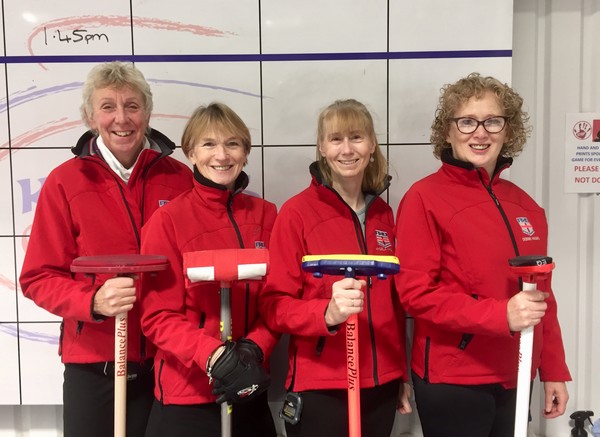 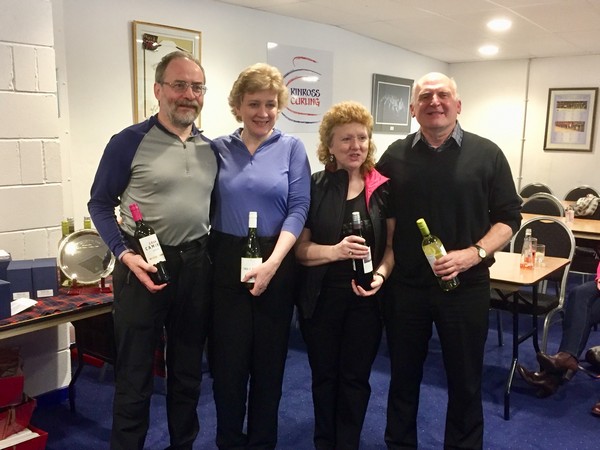 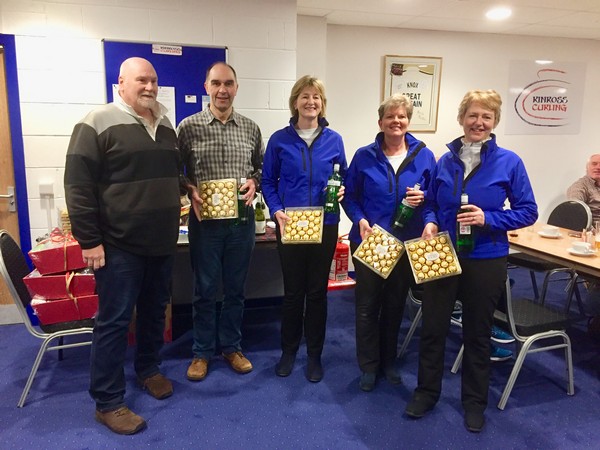